Jeffrey Cendejas is an undergraduate studying Film Production at USC's School of Cinematic Arts. As a child, Jeffrey attended acting summer camp for musical theater, and explored his passion for acting, singing and dancing. From there, he discovered his true love of film in the second half of high school. His focus and interest at the cinema school now rest in directing, screenwriting, and set design. Jeffrey first learned how to use editing software, such as iMovie and Final Cut, in high school. In college, he learned about Adobe Premiere and started editing shorts for himself and friend. Jeffrey also mastered Adobe Photoshop in his freshman year at USC. He initially learned the program through his roommate, who enjoyed Photoshopping images of them riding animals. For both programs, Jeffrey taught himself though internet tutorials, video projects, as well as his amateur photography. Outside of his work at the Digital Lounge, Jeffrey is a music enthusiast. He enjoys going to music festivals and concerts around LA. His favorite festival is Coachella Music Festival. In addition to enjoying music, he has been teaching himself piano for the past year. Jeffrey practices everyday and has started to learn how to compose music with Ableton. If Jeffrey had to choose a spirit animal he would choose the elephant, because “it is generally a very peaceful creature, but it can screw you up if you mess with it.” 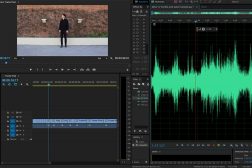 A quick beginner's tutorial on how to transfer audio between Adobe Premiere and Audition. 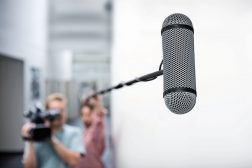