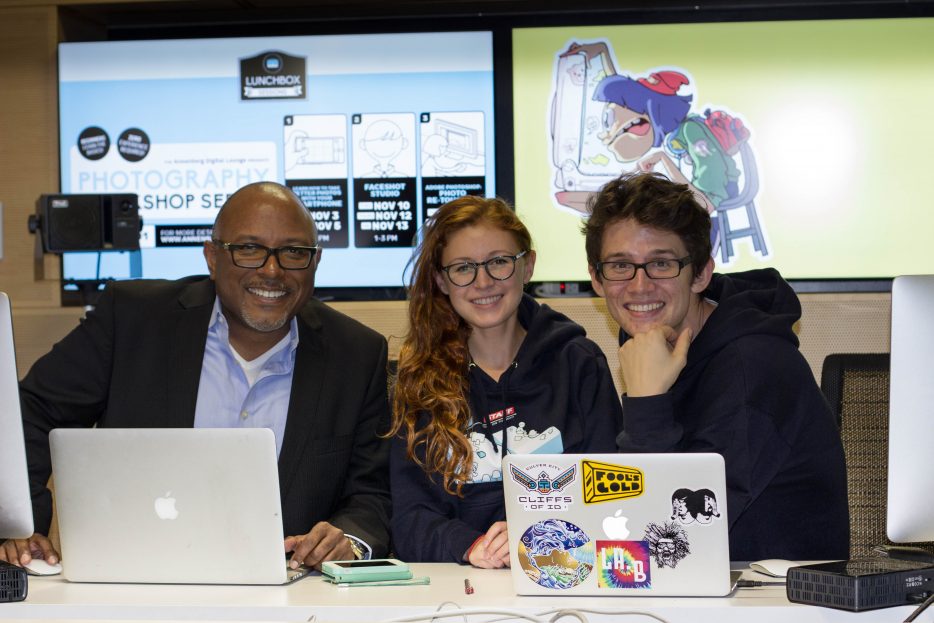 Paul J. Richardson from The Walt Disney Company stopped by the USC Annenberg Digital Lounge Wednesday to take a look at our creative space and see the student helpdesk that he named and funded!

Richardson is the Chief Diversity Officer at the Walt Disney Company and oversees diversity in the company and its content. He believes creating an inclusive environment that disregards people’s gender, color, orientation, and ability is crucial to their success. He has launched many initiatives to promote diversity, including an annual Women’s Leadership Conference and “Heroes Work Here” event. Richardson is also the Senior Vice President of Human Resources at ESPN.

We were delighted to have our namesake visit the helpdesk, and to let him see, first-hand, the world of creativity we have launched in his name here at the Annenberg Digital Lounge! We have also been working hard to foster an inclusive environment in ANN 301, so it was a real inspiration to welcome him home. Let’s just hope his new hoodie fits!