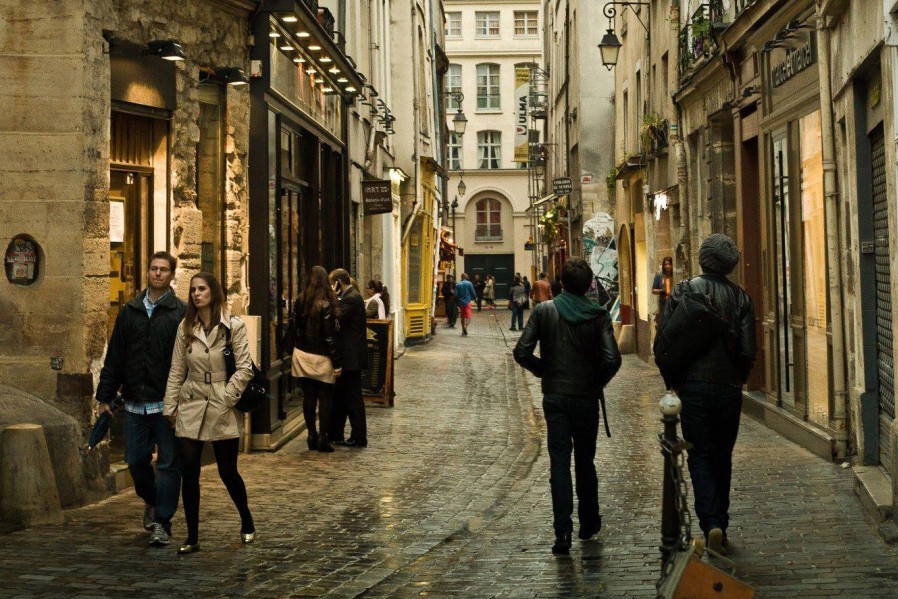 The most essential component of any photograph is exposure. Exposure is basically how light or dark an image will appear. As such, the aesthetic quality and overall effect of your photograph is entirely impacted by how exposure is controlled. A camera generally consists of three elements that control exposure: aperture, shutter, ISO. If you are using the camera’s auto-mode or taking a photo with your cellphone, chances are that all three of these elements are adjusted automatically for you the moment you take your snapshot, which of course means that the camera itself is determining the exposure for you. While in most cases the photo is “properly” exposed, more often than not it is compromised in either sharpness or depth. In other words, the photo appears “blurry” and/or “flatly lit.” Therefore, having the ability to adjust your camera manually (knowing how to adjust aperture, shutter and ISO independently of each other) always yields the best results. Getting the Correct Exposure

The camera’s basic internal light meter is a useful reference to determine correct exposure. The light meter looks like the scale above and can be found by looking into the viewfinder. Point your camera at your subject, or more importantly, at the area you want to be the area of focus. This helps guide the eye to a specific region of the photo, and you can definitely be very creative with this. So take a “reading” by looking at where the black marker lands. Left of zero means that you are underexposing your image. Right of zero means you are overexposing. Generally, you will want to get the black marker to the middle (zero), and you will do this by adjusting each the Aperture, Shutter and ISO.

So which one should you adjust first? Ask yourself what effect you want to have for your photo. If you want shallow focus (object is in focus, while the background is blurry), you will want to prioritize the aperture by “opening” it up to as wide as possible. If you are shooting fast moving objects and wish to freeze the motion, you will want to prioritize the shutter by adjusting it to a “very fast” setting. If you are shooting at night or in a dark location, you will want to increase the ISO. That said, let’s get to know a little more about aperture, shutter, and ISO.

For example: if the photo appears too dark at f/5.6, you will want to choose a lower f-stop number (e.g. f/4 or f/2.8) which opens the aperture to let in more light into the camera.

Get Creative with Aperture

The aperture also has an impact on the depth-of-field of your photograph. Depth-of-field is how much of the picture is sharp, and how much is blurry. If you want to take a picture of a person and have the background appear blurry, you will use a shallow depth of field.

The following photo was shot at an aperture of f/2 and only the foreground is in sharp focus.

If you want to take a picture of a sweeping mountain vista, you will need to “close down” the aperture (high f-stop number) so that the entire picture is in sharp focus. The following photo was shot an aperture of f/11 and all planes of view (foreground, midground and background) are in sharp focus. This is commonly called “deep focus.”

The aperture’s impact on depth-of-field opens up the creative possibility of focusing on a particular “plane of view” (foreground, midground, or background) or including all the details of a scene in which all planes of view are in sharp focus.

Shutter Speed, also known as exposure time, is the length of time when the camera sensor is exposed to light. Think of the shutter as a curtain that opens up for either a short or long amount of time to let light in. The longer the shutter allows light to shine onto to sensor, the brighter the picture. Conversely, a darker picture is produced when the shutter is quick and only allows light to touch the sensor for a tiny fraction of a second.

Get Creative with Shutter
Just as the aperture affects the exposure as well as the depth-of field, the shutter affects more than just the exposure. Shutter speed also impacts the blur of moving objects in a picture.

The following photo was taken with shutter speed of 1/80 s. Notice how the fast moving ball is blurred, and the goalkeeper is sharp focus. Get creative with both fast moving and slow moving subjects in your photo.

The following photo was taken with a shutter of 1/200 s. This is a dance or action photo in which the motion is frozen in time.

A general rule of thumb is that if you are shooting outdoors, you will want to set your ISO somewhere between 100-400. For indoors, you can start with 500 and go up. In most cases, you will want to use the lowest ISO possible, but if the effect you want ends up underexposed (too dark) try increasing the ISO incrementally. However, if the effect you want ends up over-exposed (too bright) try decreasing the ISO. The most important thing to remember about ISO is the higher the number the noisier your photo will get. The following photo is above ISO 1600.

Part of mastering the art of photography is being able to find the perfect balance between all three components: aperture, shutter, and ISO. This takes practice, but once you have it, it will become habit and you will be shooting impressive photos in no time.

So why not practice now with this online camera simulator:
http://www.canonoutsideofauto.ca/play/ All photos by Johnny Vong.